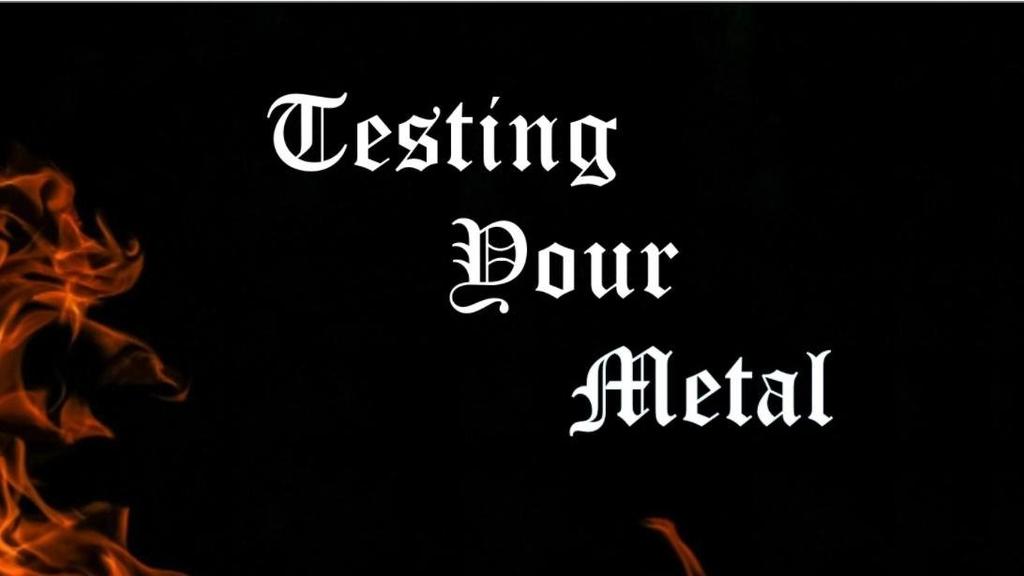 The phrase “test your mettle” means to test what one is made of, what one is prepared to endure. In both testing and automation development, we often have to endure suboptimal situations and difficult challenges such as unrealistic expectations, resistance to change, and an insistence that automation has to come from test cases.

In coping with these challenges, many people find solace in music; listening to and playing music can be a cathartic experience. Music, specifically titles and lyrics, can also be thought-provoking and motivating. Paul Grizzaffi, a self-proclaimed metalhead and metal enthusiast, is one of those people who is greatly affected by music. He not only has experience with testing and automation, but he’s also quite the aficionado of heavy music. His love of automation, testing, and music inspired the pun in the title.

Join us as Paul takes us on a tour of some impactful lyrics and song titles that frame memorable messages about testing and automation. Among the featured messages: we make our own expectations, automation is programming, not magic, and there are important business aspects related to automation and testing that cannot be ignored.

**Speaker:** Paul Grizzaffi
As a Principal Automation Architect at Cognizant Softvision, Paul Grizzaffi is following his passion for providing technology solutions to testing, QE, and QA organizations, including automation assessments, implementations, and through activities benefiting the broader testing community. An accomplished keynote speaker, international conference speaker, and writer, Paul has spoken at local and national conferences and meetings. He is an advisor to Software Test Professionals and STPCon, as well as a member of the Industry Advisory Board of the Advanced Research Center for Software Testing and Quality Assurance (STQA) at UT Dallas where he is a frequent guest lecturer. In addition to spending time with his twins, Paul enjoys sharing his experiences and learning from other testing professionals; his mostly cogent thoughts can be read on his blog at [https://responsibleautomation.wordpress.com/](https://responsibleautomation.wordpress.com/).

**Sponsor:** AST
The [Association for Software Testing](https://www.associationforsoftwaretesting.org/) (AST) is an international non-profit professional association with members in over 50 countries. AST is dedicated and strives to build a testing community that views the role of testing as skilled, relevant, and essential to the production of faster, better, and less expensive software products. AST values a scientific approach to developing and evaluating techniques, processes, and tools. AST believes that a self-aware, self-critical attitude is essential to understanding and assessing the impact of new ideas on the practice of testing.

Dusty Juhl is a leading technology specialist based in Ankeny, Iowa.
Get In Touch
Copyright Dusty Juhl 2022. All Rights Reserved.
Website Design by Sprout Media
Back To Top
×